Heading into this must win fixture there was a feeling of steely resolve in the group knowing that anything over than a win would effectively end our hopes of staying up.

With the disappointment of the previous game against Modbury Jets fresh in our mind, where we were effectively the second best team for only ten minutes, we were very keen to make up for it this week.

With the unavailability of Matthew Duns and the departure of Manuel Escanciano we welcomed the return of vice captain Paul Russell and Jalen Marks for his first start of the season.

We started off well in the first half and tested their keeper with intelligent promptings from midfield from Jalen. Villa were fortunate to finish the half with eleven as skipper Michael Decelis was taken down from behind when he was through on goal with only the keeper to beat. We can only assume that the ref didn’t make the correct decision as he didn’t want to influence the result in a fixture so important to both sides. Towards the end of the half we lapsed in concentration in midfield and twice gifted villa the ball on the edge of our box, fortunately the excellent defensive pairing of Beau Jonson and Marco Santoni were on hand to clear the danger.

The first half in summary was like our season to date – our good was excellent and our bad was shambolic.

We opened the second half in a much more focused fashion, however Villa weren’t going to roll over and give us the result. The intensity went up a notch however we lifted our physicality as Russ put in some big challenges to make sure Villa knew that we weren’t a soft touch.

Russ then was the next to go close as his volley from a cleared corner just failed to dip under the bar.

With the game headed for stalemate Fergus Jeans was introduced with twenty minutes to go and set about immediately helping us to control the game with his busy promptings from midfield.

The goal came as a miss-hit Miles Lindberg free kick was flicked into the area by Jeans, which villa was unable to clear with Ryan Lavery on hand to punish them to give us the lead.

From there, Villa pushed on leaving gaps at the back which we weren’t able to punish due to some wayward finishing.

The ref again bottled an important decision as he refused to send off their keeper after he had clipped Michael outside the box after Michael had knocked the ball past him.

We managed to hold on and get the result we needed.

We can’t get ahead of ourselves as there is still a long way to go.

A big thank you to the family, friends and reserve grade players that stuck around to support the club on such an important occasion. I know for me it made a difference and I am sure the boys on the park appreciated it as well. 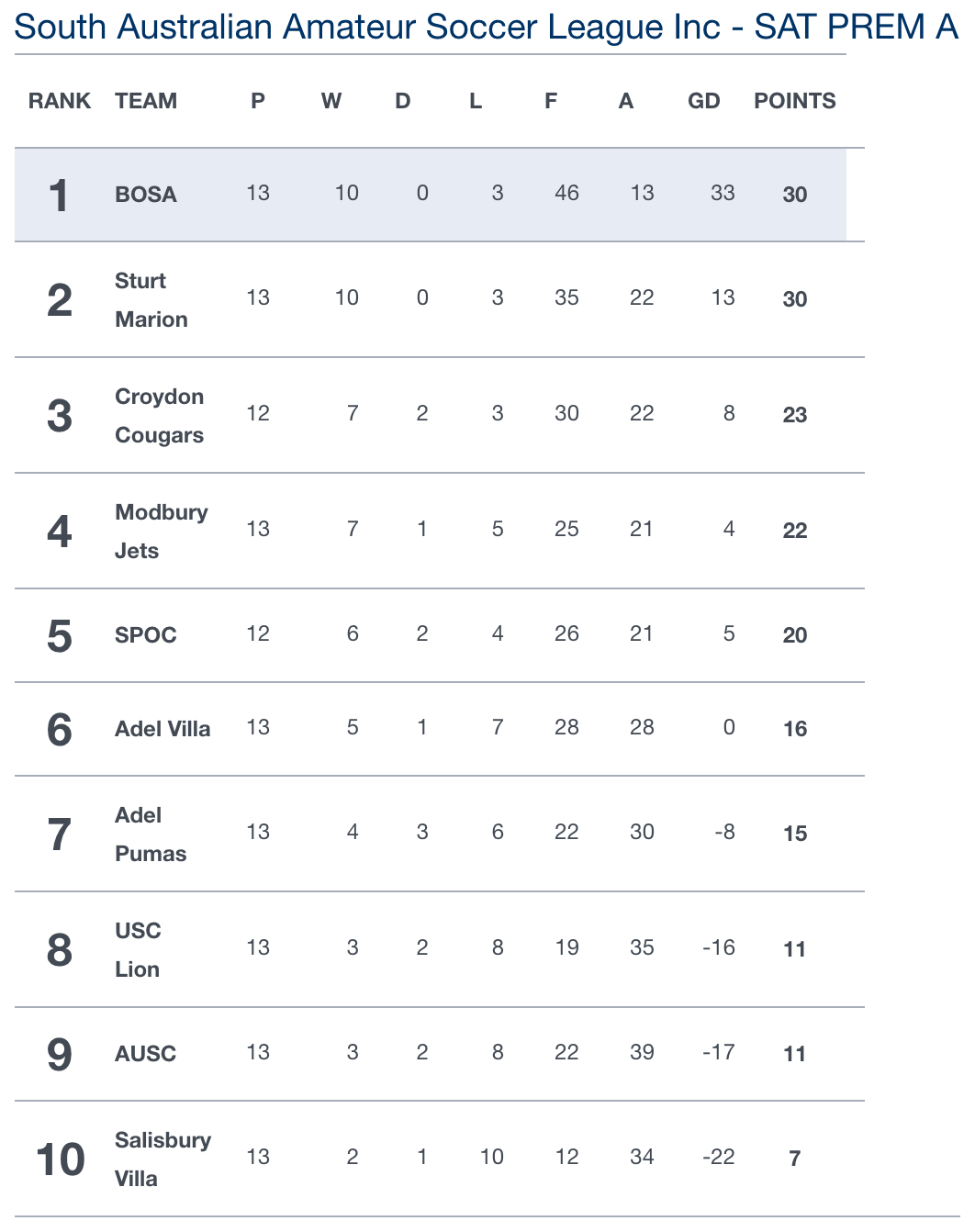