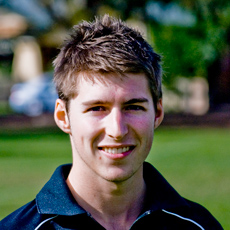 Leading the way for The Blacks premier men this season is Ryan Lewis.

The Blacks pin-up boy has been selected to represent the South Australian Amateur League against Adelaide United on July 13 as the Red’s warm up for the 2014/15 A-League Season.

Lewis’ lightning pace and precise finishing ability make him one of the most formidable weapons in the men’s Saturday Premier Division and will surely provide stiff opposition for Adelaide United’s defence.

Unlucky to miss out on selection is Oliver Gissing. The Adelaide Uni wide man has scored five goals so far this season, putting him in the top five for the entire league.

Strong results for The Blacks’ top mens team in 2014 see them sit top of the league at the halfway point of the season.

They have also made it through to last 16 of the Challenge Cup, where they will face Sunday Premier side Salisbury Inter for a place in the quarter finals.

Coach Davide Simone’s side have only dropped points once this season and sit two points clear of second placed Modbury Jets and seven points ahead of arch rivals BOSA (prior to the round nine win).

Tonight, The Blacks accounted for Adelaide Wanderers with a big 5-0 win, Lewis scoring a lazy hat-trick under the University Oval lights.

Round eight saw The Blacks defeat St Peters Old Collegians 2-0. Last month, the lads earned a 3-2 win over Old Ignatians away from home, a 2-1 victory over Sturt Marion and a 1-0 win over BOSA at their home in Prospect.

The next match is at home to Vipers on June 28.

Please note the event advertised below has now been cancelled due to FFA refusing to sanction the game. 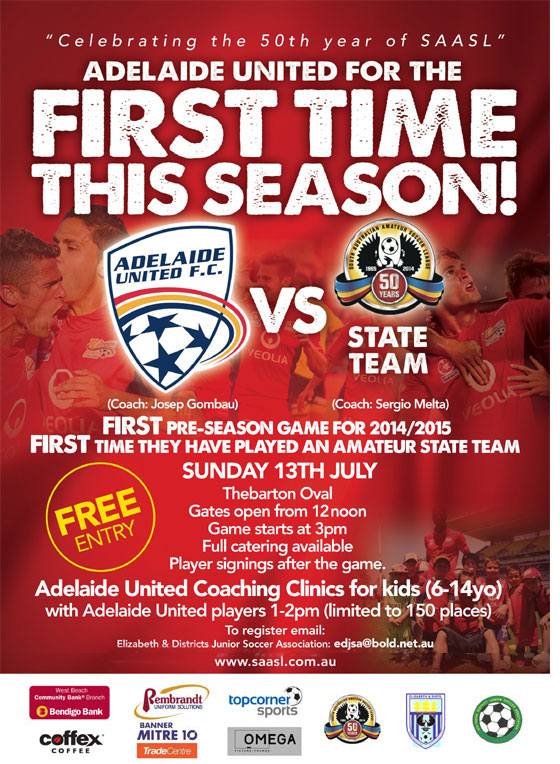