State Team Reps are all Smiles

Home>State Team Reps are all Smiles

State Team Reps are all Smiles

Each girl sports a smile as wide as the University Ovals. That’s because the terrific trio have seen their footballing talents rewarded with selection in the 2013 State Under 13 team.

Awarded The Blacks’ Under 13 Girls Best Player in 2012, it is perhaps no surprise that Lilly Bills will represent South Australia next month.

Since her first game for the Blacks at seven years of age in 2008, Lilly’s strength in defence, ability to read the play and positive attitude have made her a formidable defender against any opponent.

A talented athlete, Lilly has represented her school in several sports including soccer, athletics and tennis. Her family have had a strong involvement with The Blacks for many years. 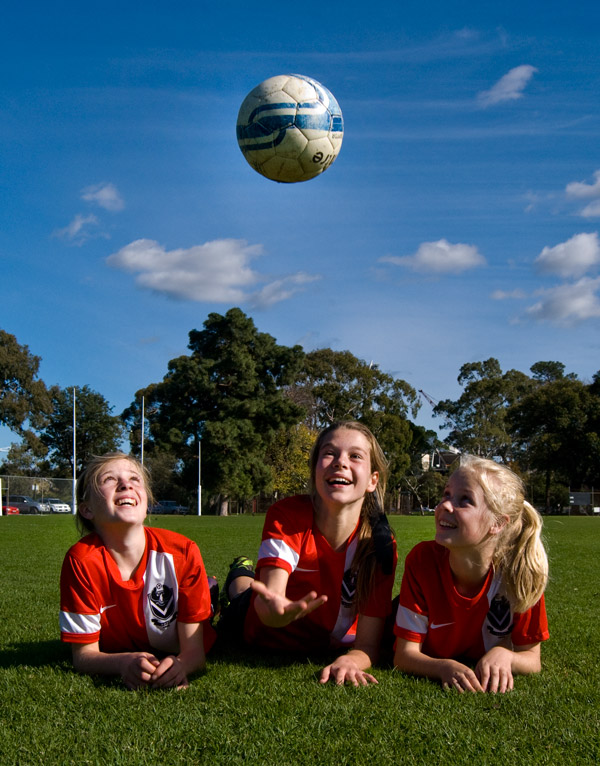 Pictured, from left – Harriet, Lilly and Hannah have been selected in the Under 13 State team to compete at the National Youth Championships in July.

Across the other side of the world, the British press raved about how awesome the Adelaide Uni Soccer Club was – so Harriet Burnett emigrated from England last year, just so she could play for The Blacks.

Well almost. Her family moved to Australia and despite never having played club football before, she joined The Blacks and scored more than 30 goals for her team and won the Under 13 Golden Boot award.

Harriet’s passion and joy for ‘football’ are obvious on the field. Her selection as Striker in the State team is well deserved.

Despite her heavy State training schedule, she still enjoys learning a thing or two from her dad and brother, playing in the back yard at home

Hannah Roffe started with The Blacks’ under 9s nearly five years ago, before moving to the Adelaide Hills where she played for the Hawks.

Invigorated by the country air, Hannah returned to The Blacks last year and the talented midfielder’s skill with the ball has really stood out. She has developed into a very accomplished player and popular member of her team.

Lilly, Harriet and Hannah will compete at the Football Federation Australia National Youth Championships at Coffs Harbour, NSW from July 8 to 12.

The AUSC Blacks community wish them all the best. 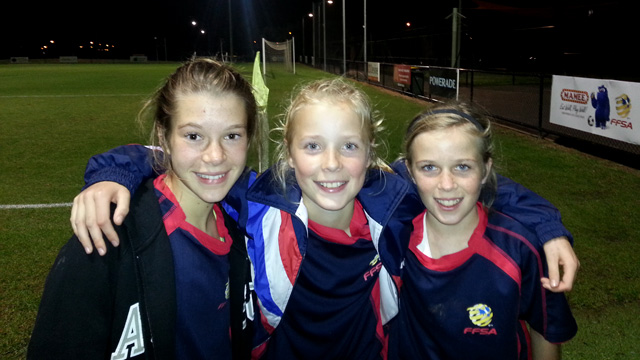