Pink Sports Day is a way for communities around Australia to pay tribute to those affected by breast cancer and FFSA is encouraging clubs to ‘see pink’ during this ‘Pink Football Weekend.’

The Blacks’ Under 15 Red team will wear its pink away kit in its cup match against Cumberland United on Sunday morning.

To also support the cause, referees will wear pink socks and use pink whistles for the Blacks’ Adelaide Airport Ltd Women’s Cup match against Metro United WFC.

The splash of ‘salmon’ will also be visible on all senior match officials across all AAL Cup and National Premier League fixtures.

Clubs and Players are encouraged to get involved and show their support by wearing pink armbands at their matches over the weekend.

FFSA CEO Michael Carter highlighted that “nearly one in eight Australian women will be diagnosed with breast cancer in 2013”.

“Football Federation SA is proud to be dedicating this round to the Breast Cancer Network Australia’s Pink Sports Day to show our support for this cause. We urge all players, officials and spectators to contribute however they can to this great initiative,” Carter said.

Supporting the Breast Cancer Network Australia (BCNA) follows the success of the Adelaide Airport Charity Cup which raised funds for the National Breast Cancer Foundation. The Pink Football Weekend will be followed by the Cancer Council’s Call to Arms campaign in July.

BCNA is the peak national organisation for Australians personally affected by breast cancer. 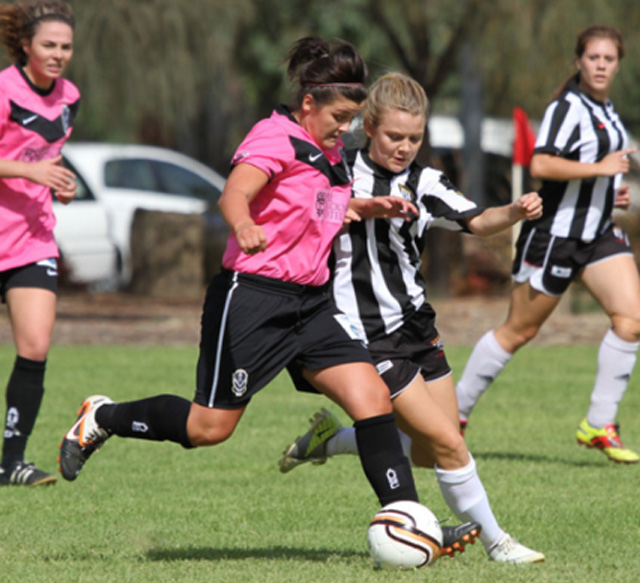 The Blacks’ Under 15 Girls will wear their pink away strip this weekend, identical to the Premier Women alternate kit pictured above.