Two out of Three ain’t Bad.

Home>Two out of Three ain’t Bad.

Two out of Three ain’t Bad. 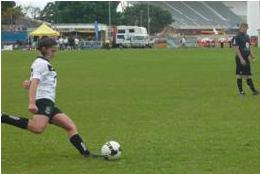 The girls played 4 matches over the first 2 days of the March long weekend, losing only 1 of them and finishing second on the ladder. On Monday they played in the semi -final against Adelaide Hills winning 5 goals to 2 goals. 45 minutes later after some quick massages they played in the final against Sandringham, a skilful Victorian team. Uni scored the opening goal by Kiara Fragomeli. They then fought hard to stop Sandringham from scoring. Final score Uni 1 Sandringham 0 making the girls the tournament winners.

Then came the 2010 season. After the qualifying games, the girls were placed in the U15 A competition. After a couple of games in this competition, it was obvious that the girls were of a higher standard than that of their age group, so the FFSA asked them to play in the U17 A competition. The girls completed the U17 season with 14 wins, 3 draws, 3 losses, scoring 67 goals (highest goal scorers in the comp) and 24 goals scored against them finishing second on the table. Whilst playing in the U17 competition, the girls were competing in the U15 Cup competition, where they won all their games to make it to the final. The girls defeated the Adelaide Hills Hawks in a match that ended with Adelaide Uni winning by 7 goals to nil to take out the 2010 U15 Championship. 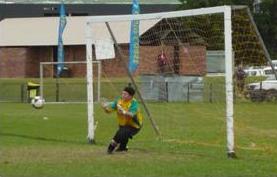 The following week the girls traveled to the Gold Coast to play in the Gold Cost Champions Cup. AUSC came head to head with the New Zealand Belles in the Final. It was a nail biting game the whole way through with NZ getting an early goal. AUSC equalized after the half time break thanks to Kiara Fragomeli. Unfortunately there was an own goal given away to the New Zealanders, the final score being 2-1. AUSC girls finished runners up of the U16 Gold Coast Cup.