The Adelaide University Soccer Club Black collegiate team is one of the most inclusive football teams in Adelaide with a mix of local and international players of diverse ages and skill levels.

Competitive on game day and full of frivolity and friendship off the pitch, it’s a passion for football that sets this group apart from the rest.

AUSC Black was a founding member of the Collegiate Soccer League (CSL) in 1981. After 23 years in the CSL, the squad then spent 15 years in the ranks of the SA Amateur Soccer League. Since returning to the CSL in 2020, the group has excelled from strength to strength.

If you’re looking for a long-term club, or are only in Adelaide for a semester or two, make the AUSC Black collegiate team your first destination. 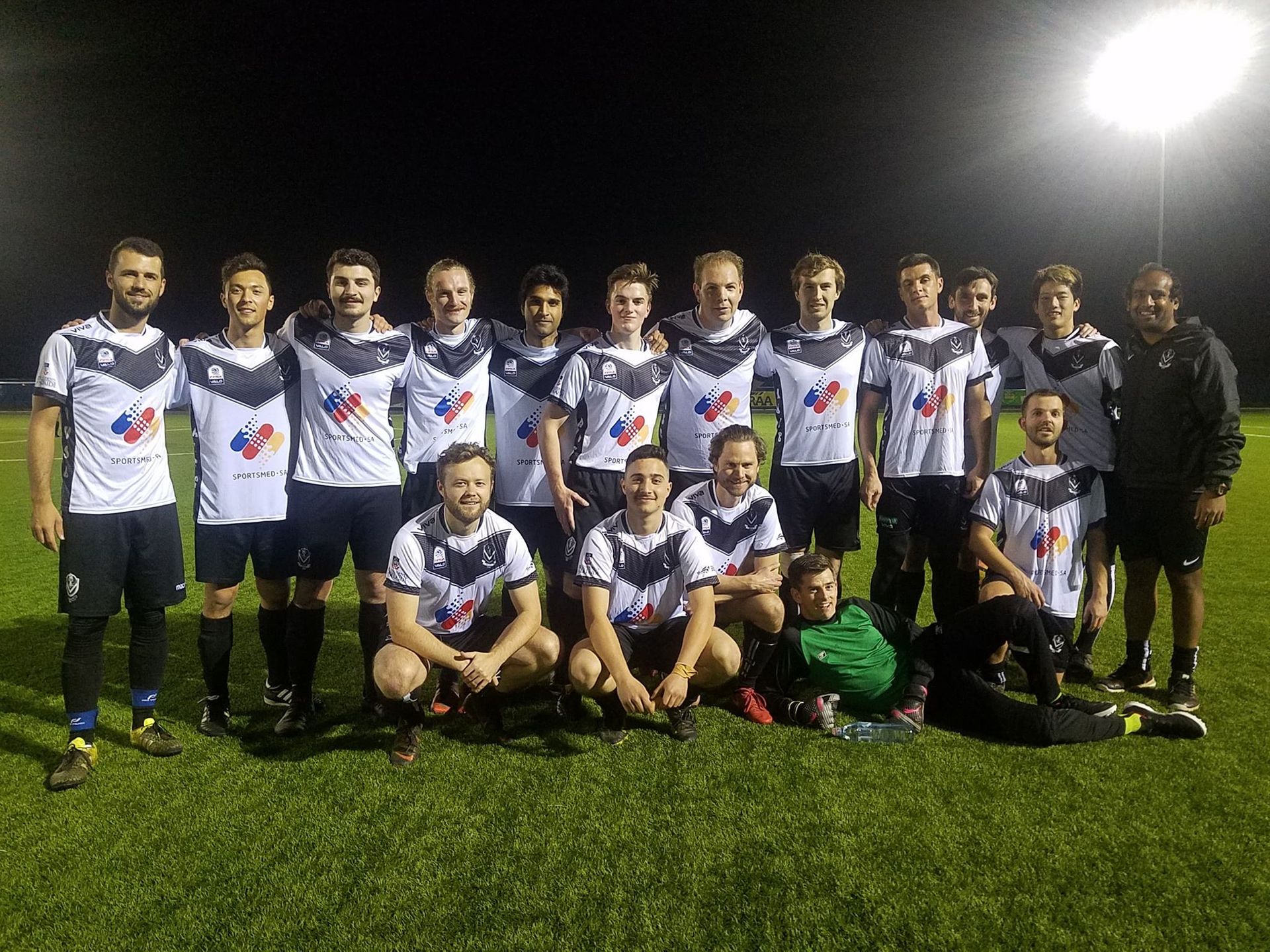 The Annual General Meeting of the Adelaide University Soccer Club will be held on Thursday 30 September.

AUSC Black look to build upon its results following a return to the Collegiate Soccer League last year.

AUSC is seeking a coach for its SAASL Saturday Division 2 Reserves team.

The Club's AGM has been scheduled and Board nominations are open.

With players and team officials keen to get back on the park, here's our ‘return to sport’ guidelines.

The Adelaide University Black squad has a rich history of playing in the South Australian amateur football competitions.

AUSC Black were founding members of the Collegiate Soccer League in 1981. In 2005, two AUSC Black CSL teams moved to the SAASL competition.

AUSC Black competed in the SAASL competitions for more than a decade under the names AUSC Black, AUSC Orange, AUSC Grey and AUSC Black 2.

In 2020, AUSC Black moved back to the CSL competition, starting in Division 3. They were competitive, finishing third in the league and were subsequently elevated to Division 2 for the 2021 season, after movement in the above division opened up space for the top three 2020 Division 3 teams to be promoted.

The Black forray in to the Collegiate League

The Black forray in to the Collegiate League, come reunion with the Amateur League 2006 sees another evolution in the

The Blacks were competitive for large periods of the match but ultimately lapses in concentration proved costly.

The Blacks played with heightened confidence following their win in the previous round but were bested by rivals Monarchs away from home.

AUSC and AU Sport have moved the July 6-7 home matches to West Beach.