Adelaide University won its first match of the Women’s National Premier League season, but it came at a cost, losing its leading goalscorer to injury.

Uni started promisingly in the Round 3 clash against Fulham United, however Valeria Guajardo was an early casualty. The in form forward was subbed off after just nine minutes for what has been confirmed as a fractured foot.

Uni looked dangerous on the counter attack and on a multiple occasions looked to be breaking through on goal. Almost supernaturally, the ball avoided the back of the net.

When the Fulham ‘keeper kicks the ball into her centre back, only for it to spin back into her hands, you could have been forgiven for thinking it just wasn’t gonna happen tonight.

But credit goes to coach Kosta Jaric and his team, as they kept going at it and eventually, at the 58th minute Uni had its breakthrough.

Goalkeeper Evelyn Goldsmith launched the ball up the right wing where Mia Lundquist used her pace to beat her opponent and drive the ball into the box, before finishing with a tidy chip over the opposition ‘keeper that nestled into the top corner of the goal.

Only two minutes later, Uni had its next opportunity as Daisy Allen’s dummy had the crowd in awe, sending a Fulham fullback on a soul-searching quest, only for the resulting cross to be knocked wide of the post.

The pressure kept mounting. On the stroke of full time the girls found their second.

After some tidy build up play on the left, the ball was whipped across goals. Milano Venter was in the right place at the right time to tap it into the net.

The full-time whistle sounded shortly after, with Adelaide Uni scoring their first ‘W’ for the 2019 season. 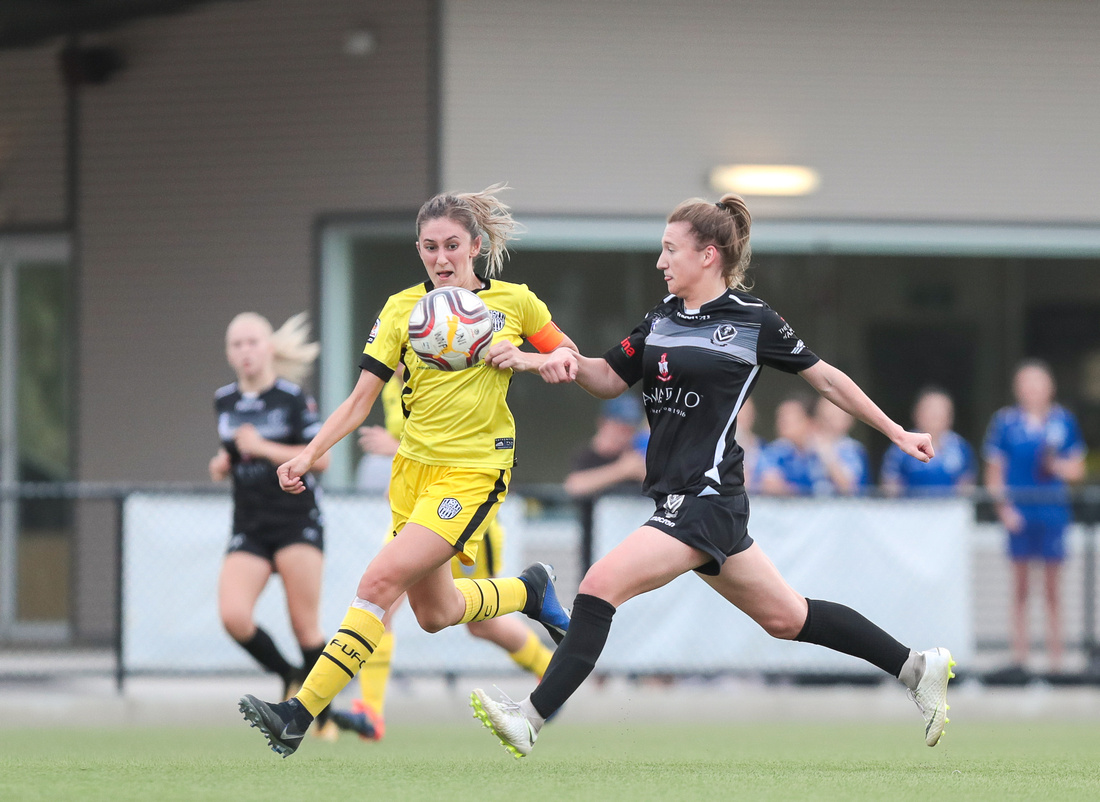 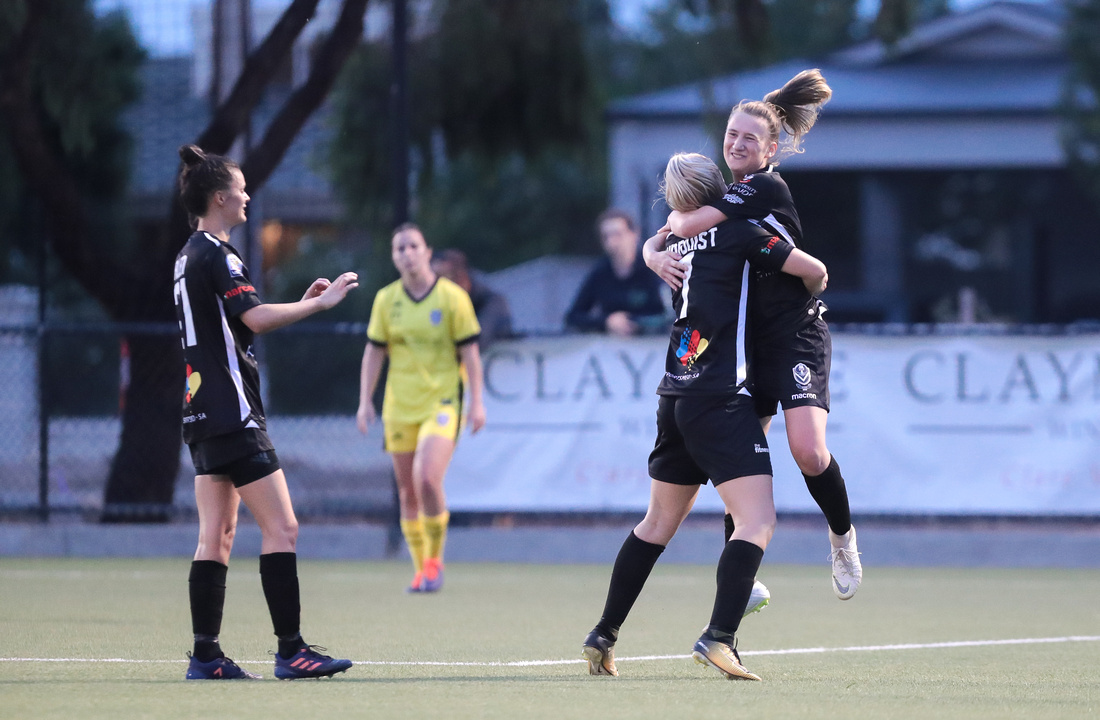 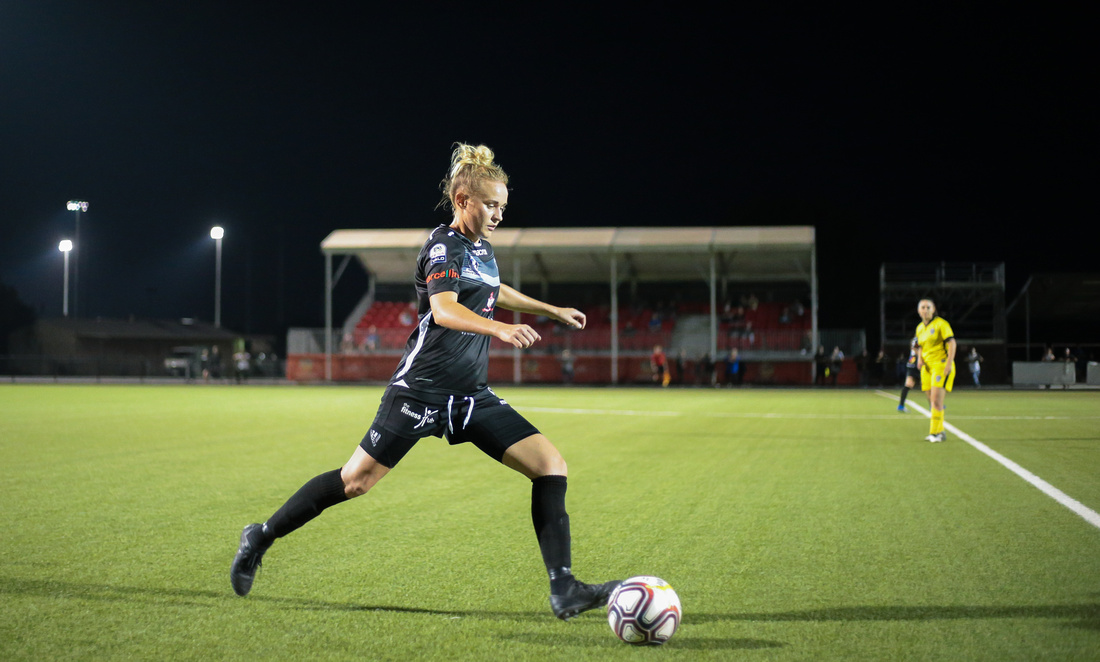 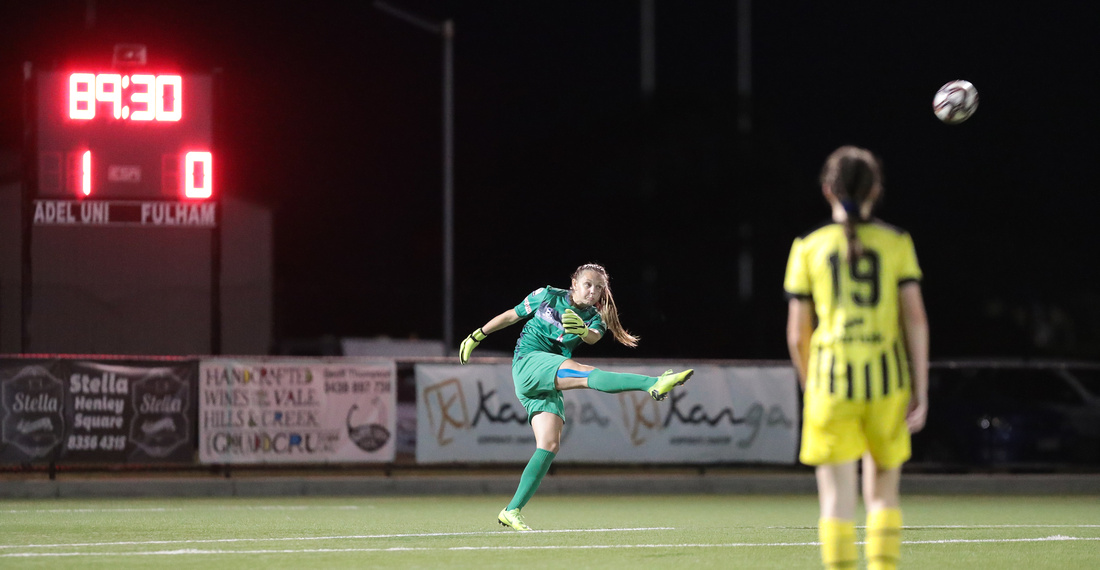 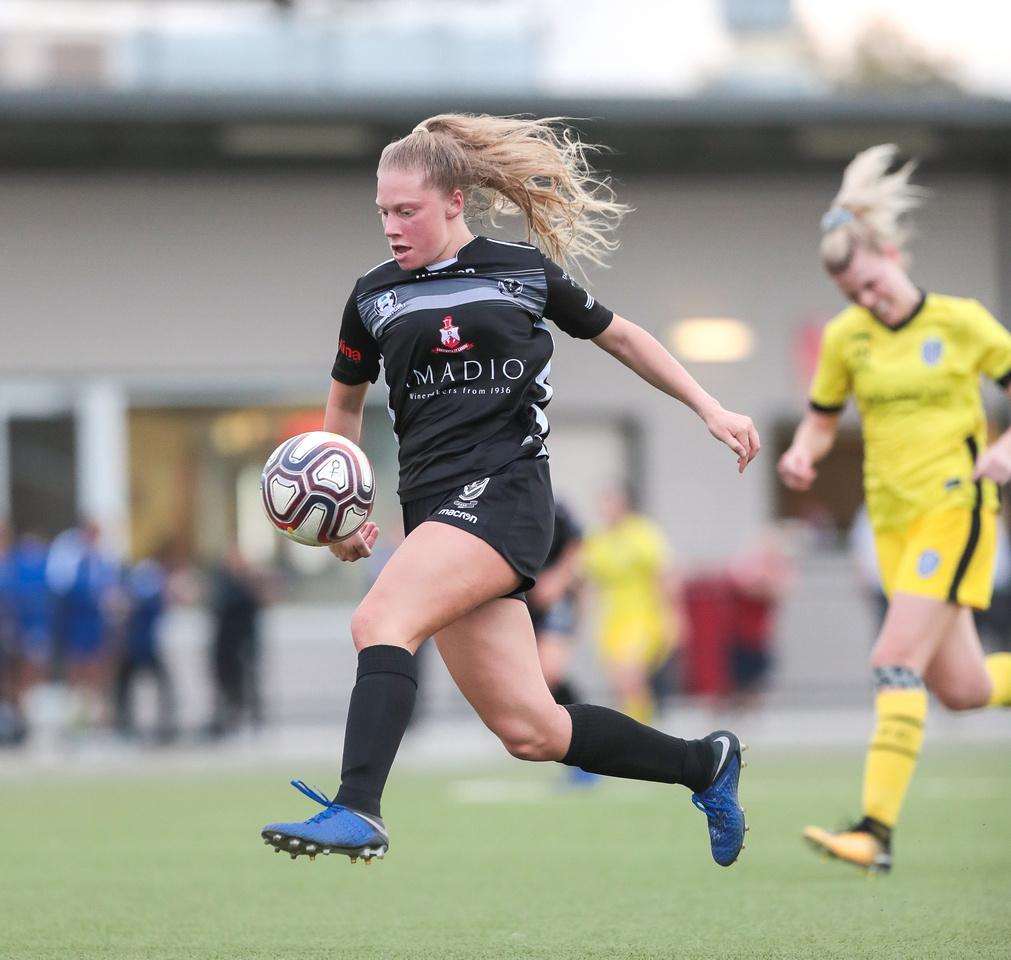 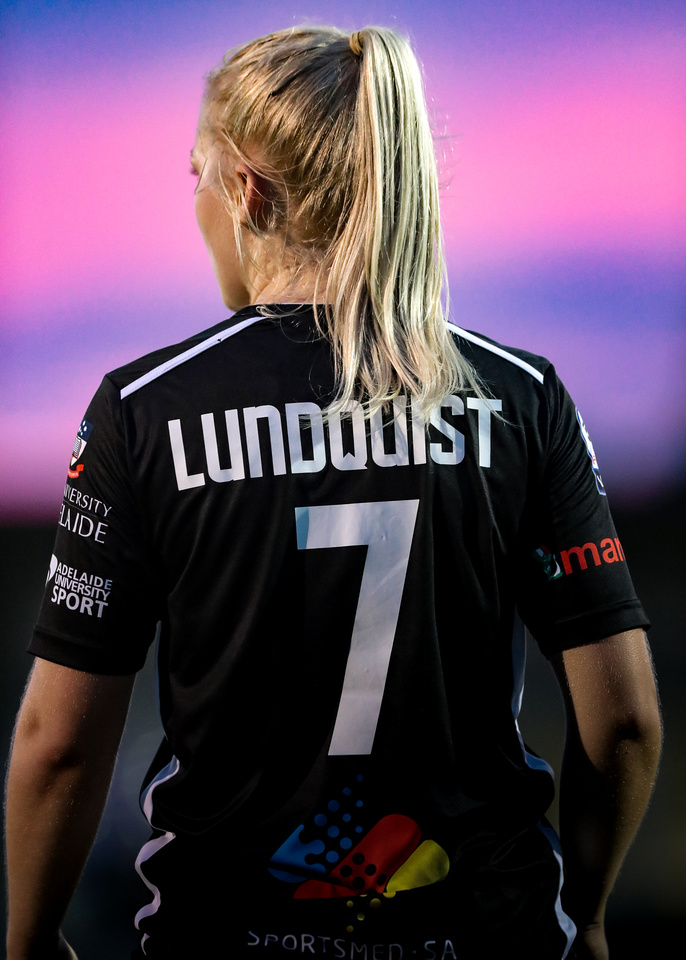 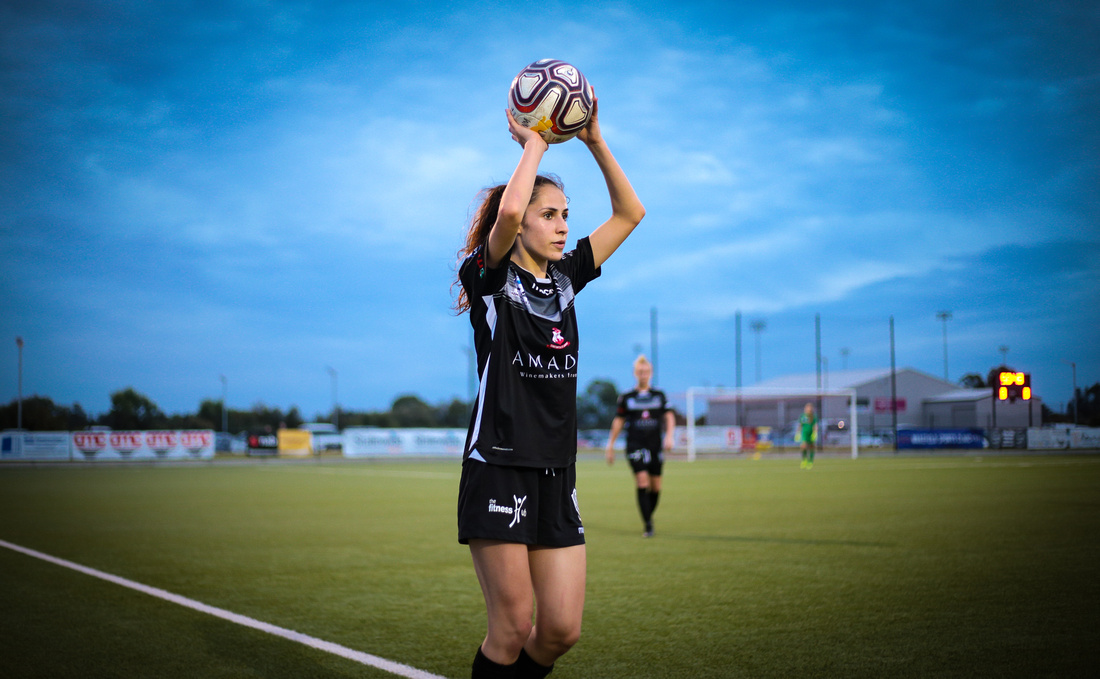 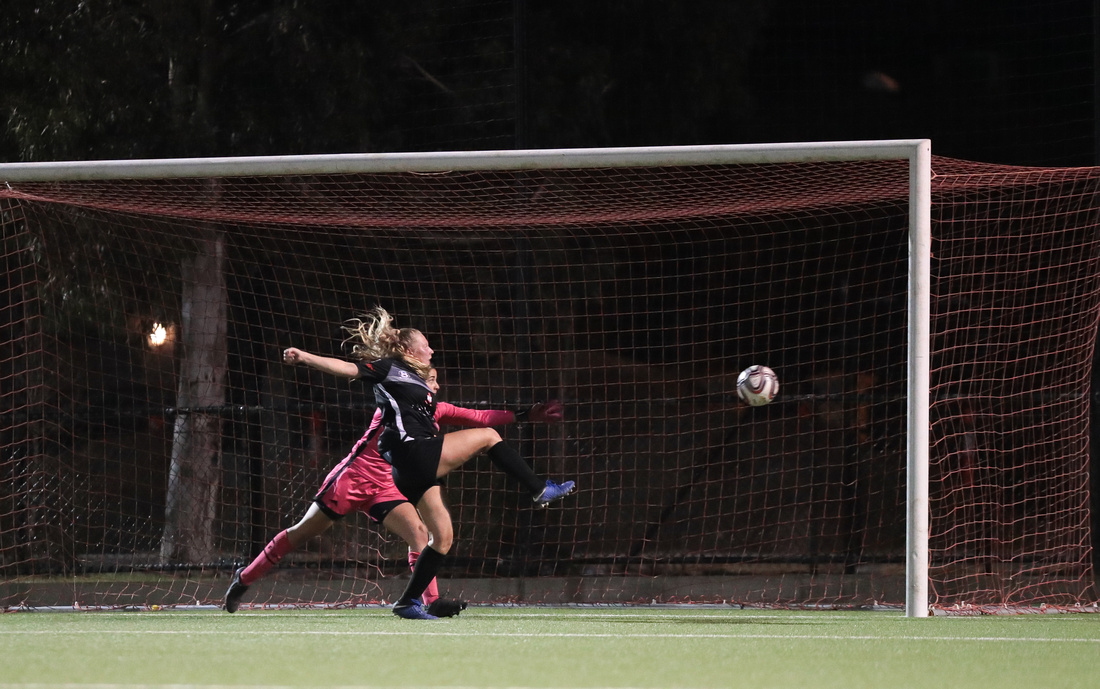