The Adelaide Uni Division 3 Women are 2016 league champions after a 2-1 win against Ingle Farm in the final round.

The win meant arch rivals UniSA could not catch the Blacks in their match with a later kick-off time. UniSA had been on top of the table for 80% of the season. Ingle Farm finished third. 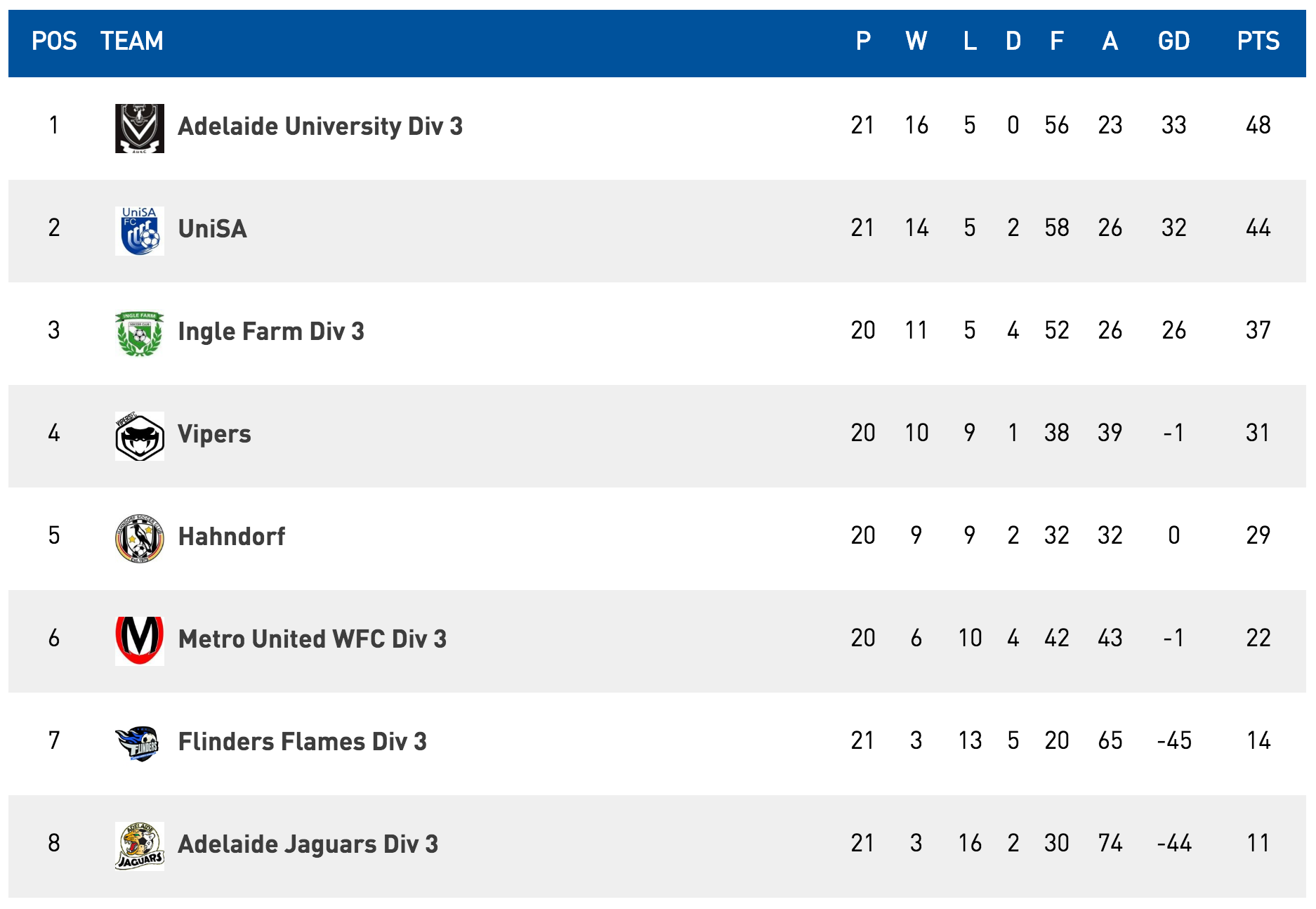